The world issue I want to help solve is the killing of African cats like cheetahs, leopards, lions and tigers.

I chose this topic because I want to help the African cats. People are going and killing the wild cats because they want their fur. They are also cutting down and destroying all of their habitat, which makes them homeless.

I want everybody to stop killing these animals and destroying their habitats so they can have a happy life.

A charity that supports African animals is the African Wildlife Foundation. 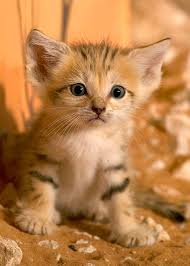 Once upon a time there was a girl called Alice she lived with the mad hatter he had a daughter called Maddlian hatter and there was an invisible cat she was so happy to have a cat that can fly and that can be invisible and so happy to live in  wonderland. One day she went out to the red queen’s castle and then she got in big trouble and she went back to the mad hatter and maddlian hatter she ran so fast that they counld not caught her and the red queen was so mad that her face was red and she sened her dog and her gards and she said in a big loud voice and said” OFF WITH HER HEAD said the red queen because she was so angry and mad to as you now. To be countied. As  Alice told the mouse; bunny; the mad hatter and of course Maddlian hatter from ever after high so all of them went to the reds queens castle and she was playing golf outside and she had to run but Alices friends poled her back. What happend next to finsh the story Rachele has to finish the story. 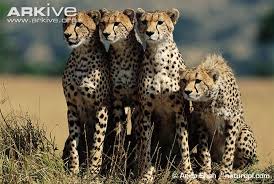 One day there where three brothers they where so playful and they got to play but one night there was something came closer And closer AND CLOSER an till there was a little baby cub and they ceppet him an till he was just like the three brothers and lighting said” we name our brother bolt and we should be called the four brothers now that we have got a fourth brother” .They said” we are going in the cave of dome” they said but bolt didn’t say any thing so the three brothers went in but not bolt he did not want to go in there it was to scary and he might get in trouble if he gose in there and his mum and dada might find out about this too. Bolt said ” we should go to mum and dad” but the three brothers said” no or else we will get in trouble if mum and dad find out” said lighting and the four  brothers and that is houy they were brothers now they are telling it to there children right now and here is bolt to say something to you all readers that are reading this story now  this is bolt saying now ” Hello this is me bolt now you have all herd my story ok beye ”.

This week I will be talking about the amazing things about my…….

Mum I now you work a lot but I have always wanted to tell you that I love you and you are the best person and you teach me a lot of things about what I have been learning things in class and you help me and you help me do my homework sometimes and you do cooking and I help you and you are the bests mum that I have ever had and I have to tell you this and I have never told you this be for because you have been working so hard to bay me things and I now that I am a spoltlittle brat but I need to let my feelings out and I will and I truly will let my feelings go and I will writed out rite now I LOVE YOU MUM YOU HAVE BEEN WORKING SO HARD AND YOU HAVE BEEN TRYING TO DO THE BEST THAT YOU CAN MUM.

I would alos  like to say that you have been the most amazing things in my life and when in was born I have never know that and you yost to do games and you where so busy doing other stuff i have got to say this.

This week I would like to talk about a nother person……

5. I really like kookaburras because you can have them as a pet.

My favour thing in Adelaide is going to the Adelaide zoo.

animals at the zoo.

I also like the art gallery it has a dead horse and I also like dark heart and you get to see people have there faces panted how do they do it well they take a photo of the people and they spra it  on a paces of paper.

Last week we had sports day and it was so fun i rast with grace,hannah,gemma and me.

this is me and my runingteam. ,gamma came first grace came second hannah came third and i camefourth.


adopt your own virtual pet!

adopt your own virtual pet!</

adopt your own virtual pet! </div
Skip to toolbar